Every hiker will eventually have a "rattlesnake" moment. They're on the trail, and they see a rattlesnake (or bear or wild turkey or coyote or...) and they'll have this pause to assess danger & decide on the next step(s).

When we were visiting Dinosaur National Monument around July 4th, we discovered that it wasn't just humans that have that moment.

We took a wonderful backcountry hike down to the Green River from the Jones Hole National Fish Hatchery. It was an 8 mile round-trip hike, and we saw 5-6 people the entire time we were on the trail. At the river, we came across a family of wild sheep - mom, dad, and some small ones - to one side, and

canyonwalker took tons of pictures. After a while, the sheep "teenagers" showed up on the other side of us, and obviously wanted to get to the main group. Before walking quickly past us, they gave us the exact same look and pause we give rattlesnakes on the trail. Eventually they decided we were harmless enough, and tried to pass us quickly.

It's a sight we never would have had if it was a more populated area. 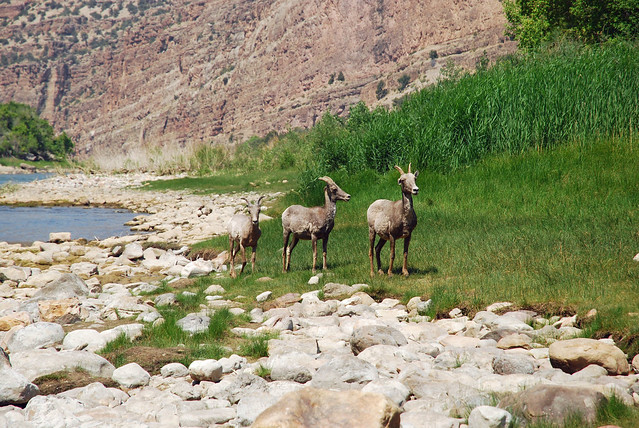 The "teenagers" before passing us. 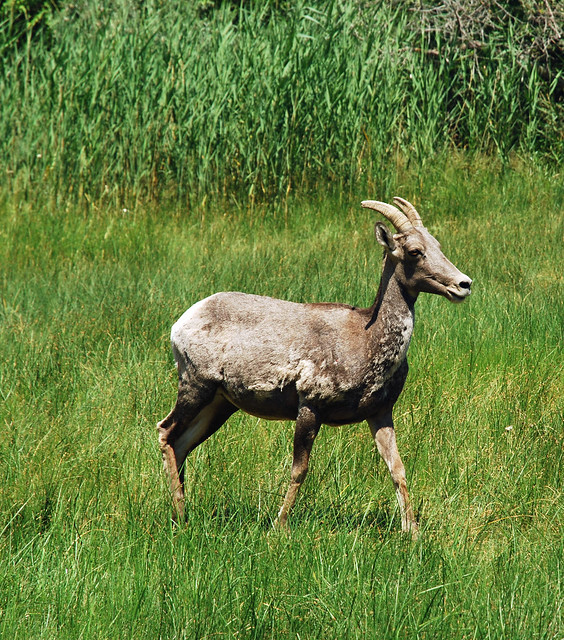 One of the "teenagers" quickly walking past us. 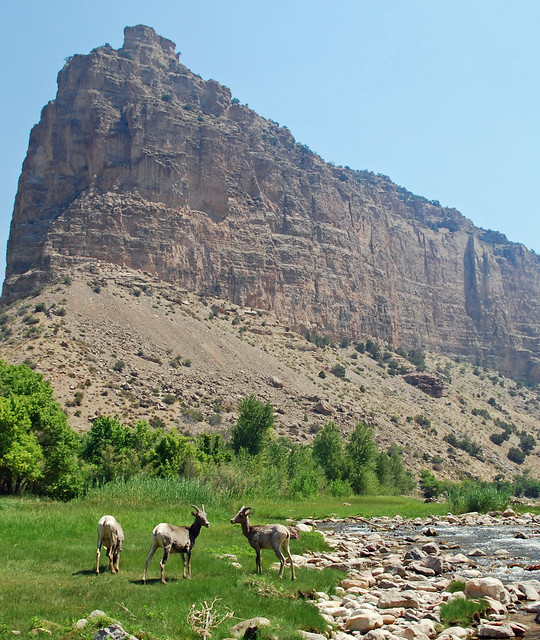 The "teenagers" safe on the other side.

This entry was originally posted at http://merhawk.dreamwidth.org/511354.html. Please comment there. If you don't have a DW account, you can use OpenID, or ask me for an invite code (if I know you/know of you). I might have extras.
Tags: dinosaur national monument, hiking, nature, outdoors, pictures, sheep, utah
Subscribe
Comments for this post were disabled by the author